Golden sun warms the snowy shoulders of more than a thousand dogs and cats at Shelter Kiev SOS as volunteers zig zag across the refuge with food bowls and buckets and garbage bags pinned under their arms. Over the past 17 years, some 20,000 animals have taken refuge here, finding comfort and healing from their ordeal with homelessness. But as the month draws to a close, the shelter’s founder Tamara Tarnawska takes a deep breath while she runs her fingers across the eager faces of a dozen or so dogs who have clustered at her knees. Today Tamara wears the heaviness of a secret that the dogs can’t begin to fathom …. the food supply at the shelter is about to run out.

DRAMATIC HISTORY THAT MAKES THIS SHELTER DIFFERENT FROM ALL THE REST

Tamara’s mission to care for animals began in the mid 90s when when she stood motionless, holding her breath in the bitterly cold air outside a utility factory in Pyrogovo. Through a hole in the concrete wall, she and her fellow undercover journalists filmed the monsters inside – men who were killing recently captured street dogs and cats whose fur would be sold for profit. The only hope of stopping the cruelty was to expose it publicly.

“That same day we showed the film to the authorities of Kiev, and they accused us of fabricating it,” Tamara explains in an exasperated voice that hints at the longevity of her struggle for justice. “After that meeting, we showed the footage on all channels in Western Europe.”

A global uproar erupted overnight, and after a series of fiery protests in front of Ukrainian embassies throughout Europe, there was a shift in sensitivity among a handful of Ukrainian officials.

”I received an invitation from Mayor of Kiev to visit  and meet him,” Tamara explains. But what happened when she arrived, was beyond her wildest dreams.

Turns out that the mayor had a plan to turn the killing factory into a place of refuge for homeless dogs and cats. He brought Tamara back to the very spot where she had filmed the killings and offered to donate the property to create the country’s first official animal shelter.

The property became a sanctuary for dogs and cats virtually overnight. With help from a legion of animal charities across Europe, Tamara and her fellow rescuers have taken in an astonishing 20,000 animals to date. Many supporters are moved by the fact that, were it not for Tamara’s intervention, many of those same dogs and cats would have entered the factory for it’s original purpose. And with this sobering contrast between dark and light and a profound perspective on Tamara’s legacy, shelter volunteers recently reached out to the Harmony Fund animal charity asking for help because increased political instability has led to a dramatic increase in homeless animals in Kiev and the shelter is having great difficulty meeting it’s monthly costs.

Our goal is to pay the shelter’s monthly operating costs for the month of February, creating the world’s biggest living Valentine!     Donate Here 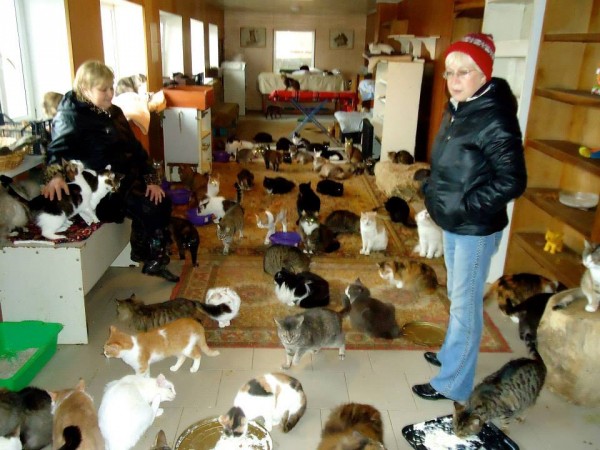 While Tamara continues to act as a staunch reformer for animals (even finding herself in the middle of the fray during violent demonstrations in the Ukraine in December) she also bares the very steep financial responsibility of managing a shelter for some 1,300 animals at any given time. For several years, the European charities who contributed to the initial development of the shelter also continued to fund it’s daily operations. But as economic woes brought a deep dip in donations beginning in 2007,  support has fallen sharply.

The Harmony Fund international animal charity is throwing an arm around Tamara’s shelter with a fundraising drive to buy basic supplies such as pet food, litter, and vaccines to sustain this headquarters of compassion as the larger battle for animal welfare wages on. From the smallest of newborn kittens to the grayest of wobbly old street dogs, this shelter provides the first touch of love to so many animals who never knew such a thing existed in the hands of humans. 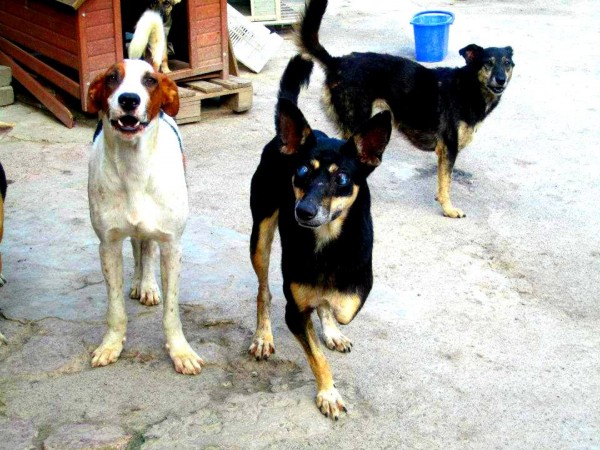 The Harmony Fund is striving to raise funds to pay the entire month’s operating costs for the shelter for the month of February. Please, help us by SHARING this story on Facebook and we ask you to please, please MAKE A DONATION to help.

CLICK HERE for more beautiful photos & to make a donation

Have a monthly gift sent automatically to help animals in Kiev and across the planet.