Extreme Bravery from the Women Saving Ukraine’s Dogs of War

Cars have been streaming in a single direction away from the Ukrainian city of Donetsk as families try to get far, far away from this hot spot seized by Pro-Russian separatists. Many of the exiting cars are using trailers to carry coffins with them as the terrified residents flee with all that is most precious to them. Yet not everyone is bringing their pets along, and a small group of brave women are staying behind because they alone must care for the dogs of war. 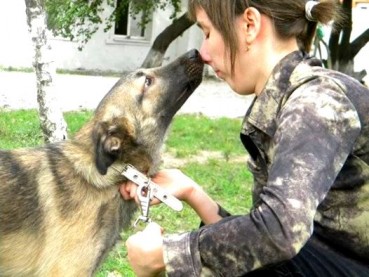 The animal shelter in Donetsk is extremely vulnerable now. Shelter caregivers sacrifice their own safety to protect the dogs and cats.[/caption]

At the animal shelter here in Donetsk, icy fear hangs like a spider web across the grounds. Waves of silence are broken by a thunderous barking as the dogs respond to the sound of machine gun fire and artillery falling in the city. The teary-eyed women here are fighting flashbacks of the moments when they said goodbye to their family and friends who recently fled this this once-thriving center of cultural and economic abundance. To make matters worse, the tenacious truce between the Ukrainian government and pro-Russian rebels began last Friday evening, but by Saturday both sides were already claiming the other broke the agreement. By Sunday, the fight was back on.

Fearing that the worst is not yet over, there has been a mass exodus from Ukraine’s most besieged cities. But there are more than 800 dogs and cats within the walls of the shelter in Donetsk alone and someone must stay to care for them. In a makeshift medical area, medicine is given to a young dog who suffered a stroke when a bomb went off beside him. A handful of women are quickly peeling a donation of potatoes that have just arrived in the back of a pickup truck. They’ll cook the meal in giant pots and serve the warm treat to all the dogs. The remaining workers are on their knees cleaning and cleaning and cleaning. The women used to sing while they worked, but no more. 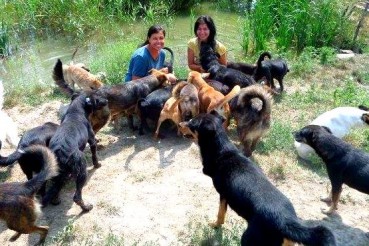 A similar scene plays out miles away in Dnepropetrovsk where hundreds of dogs speckle the grassy fields of their modest shelter .

“I feel that for the last two months I constantly have tears on my eyes and it is not from happiness,” said shelter founder Marine Bolokhovets who is also a young mother. “We tried to call friends in Luganks at the animal shelter from which we rescued 6 dogs, but there was no connection. Lugansk is wiped from the map. Volunteers and my friend from Donezk shelter don’t leave but bombs are exploding and animals and people have nothings to eat. Today there were sirens here in Dnepropetrovsk and we were advised to store as much food and fuel as we can. I am thinking about my kids, about my dogs in the shelter. Will there be an end to all this and will we reach that end alive.” 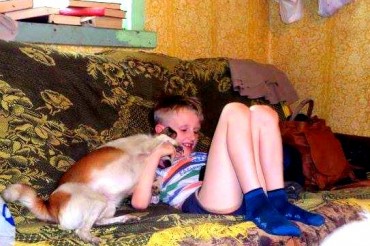 A refugee boy takes comfort in the unconditional love the dogs here have to offer.[/caption]

Marina’ s shelter has taken in several Crimean refugees who are now living there along with the animals. Some of the refugees are children. They seem to take comfort in helping care for the animals. It gives them purpose, companionship and distraction from the ache of missing their homes.

Further west in the capital city, the Shelter Kiev SOS is trying to manage the wave of abandoned cats and dogs coming their way.

“More and more refugees are arriving to Kiev every day, and they are bringing their pets that they cannot care for anymore,” shelter founder Tamara Tarnawska explains. “In the last tree days we got 52 puppies and more are coming. We have the money to keep the shelter running for less than two months. Unfortunately, Ukrainian people cannot help us now. Ordinary citizens collect money to help the army, refugees, children. The animals’ problem remain in the far background. The administration of the city is even unable to pay staff salaries. I am in despair. How to survive the cold winter and save the lives of animals?”

Getting Food & Fuel to the Animal Rescue Centers Before Winter 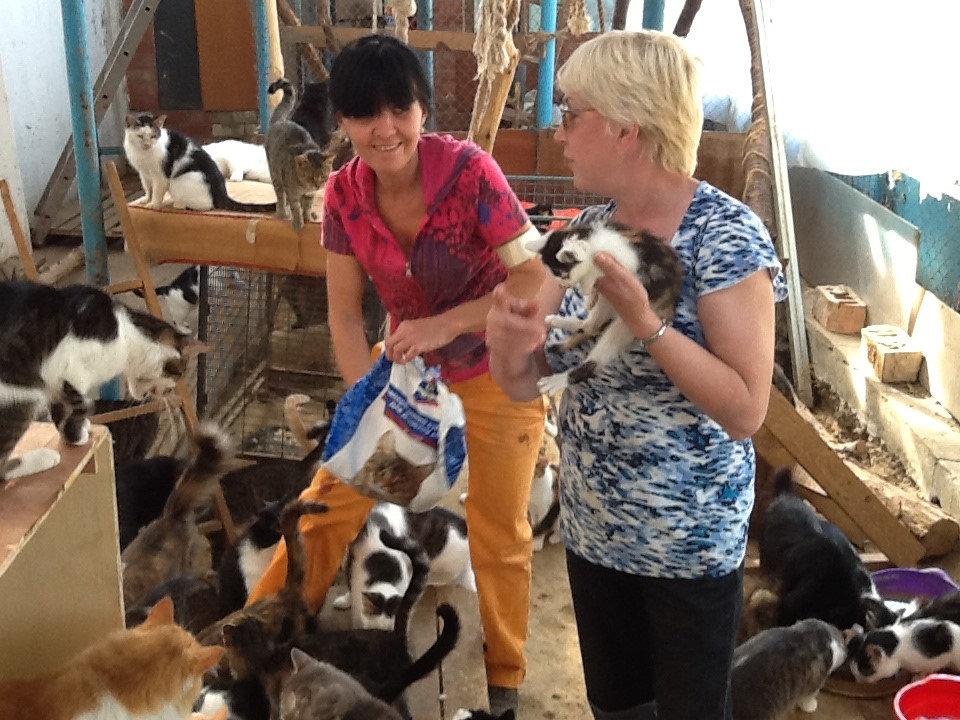 At the shelter in Kiev, cats will be kept warm indoors during the coming winter.[/caption]

Kibble is a luxury item at the shelter in Kiev and is available only to the puppies and to the cats here. The majority of the dogs don’t receive kibble every day and are instead fed a mix of cooked rice and expiring food from McDonalds and grocery stores. Before the crisis there were 1,200 cats and dogs here. That number rises weekly.

All three of these animal shelters have turned to the Harmony Fund international animal rescue charity for help. Harmony Fund has accepted the mission to provide food and fuel to heat the shelters through the coming winter. 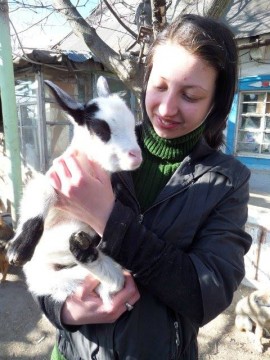 Emergency veterinary needs are also a major expense for animals injured in the military attacks and for those who are simply sick. The shelter in Donetsk is aching for diagnostic tools: an x-ray machine, biochemical analyzer and an ultrasound machine, but those tools are unlikely to arrive unless donated by a veterinary clinic elsewhere because the monumental task of simply feeding the animals and keeping them warm must be the first priority.

A Message from the Heroes in Ukraine: “We Wish Everyone Peace”

“We would like to wish everyone peace. Let God protect you from being in the situation similar to what we are currently experiencing,” says Vita, a caregiver at the shelter in Donetsk.  “In these conditions when the banking system is totally blocked, when the majority of shops are closed and importation of products into our city is minimal, it is very difficult to feed 800 dogs retained in our shelter and 300 dogs who are retained at our partner facility. We will be very grateful for any assistance provided to our shelter.” See PHOTOS

Harmony Fund is a 501c3 charity. Donations are tax deductible.

Food, veterinary care, heat & protection for animals in the Ukraine

Protect animals in the Ukraine & help animals in crisis all year long.