The workday begins long before dawn in the Turkish community of Avsallar, founded in the 15th century. Prayers broadcast by loudspeaker affixed outside the local mosque wake project director Manuela Wroblewski at 4 am in her perpetually steamy apartment where frequent power outages prevent functional air conditioning. The German native rises slowly after another poor night’s sleep and weaves around cats stretched out across every step of floor and furniture. She arrives at the kitchen and takes a pair of scissors across the top of a dozen enormous sacks of cat food. No, she is not preparing breakfast for the 16 residents inside her flat, but instead for the more than 600 street cats who wait like pins on a map.

Forget ‘warrior races’, anyone who wants to test their fortitude can join this all-female squad on a 9 hour daily route through rough terrain, bending to their knees hundreds of times while carrying sacks that weigh as much as a small German Shepherd. There’s never a day when they aren’t ferrying injured animals to the veterinarian while withstanding bitterness from disapproving residents who view cats and dogs as a scourge.

Although major cities like Istanbul have seen great progress in animal welfare, and are truly turning towards kindness, Avsallar remains largely in the dark, rounding up animals to be dumped in remote areas or putting poison in their food. Yes, this is where we are needed most. It’s emotionally wounding for our animal rescue team here, but they always, yes always, turn up with food and water for the cats, dogs and the occasional chicken. In the 8 years that we have sponsored this project, greater than 1,000 street cats have been placed in good homes internationally and many cats facing grave danger have been moved to a mountainside sanctuary shown here. A trap-neuter-release project remains underway and we are eager to increase our support of sterilization when funds become available.

Help animals all over the world in memory of your pet. 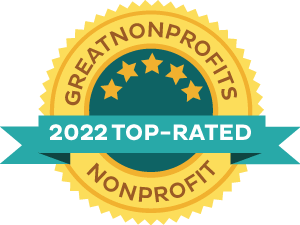